History of the Library

Birth of a District

In mid-1962, residents of Palos Hills and Hickory Hills were discussing creating libraries to serve their communities.  It soon became clear that the best way to support this goal was to go at it together!

The first meeting of the Green Hills Public Library Association was on October 2, 1962 at the Walnut Hills Country Club.  The Library Association sponsored a dance on November 24, 1962 at the Sabre Room to raise money for a referendum to form a library district. Voters approved the referendum on December 8, 1962, which officially created the Green Hills Public Library District.  “Green Hills” was chosen as a neutral name that would not favor the name of one city over another.

The first workroom-library was in a spare bedroom in Mrs. Lila Ellison Warren’s house.  Mrs. Warren, the first librarian, and Mrs. Lillian Babcock worked with William McKillop, professional librarian at Tinley Park High School, to organize and begin a catalog of the first items.

On October 14, 1963, the first Green Hills Public Library District building opened at 10714 S. Roberts Road in Palos Hills.  Lillian Babcock was appointed head librarian in November 1963 but agreed to run the Library “only until they could afford to pay someone.” She stayed on as head librarian until March 31, 1986!

Having outgrown the first location, the Library moved into a larger facility at 10708 S. Roberts Road on October 15, 1966.  Shortly after opening the new location, “Saturday Story Hour” began as a program for children.

Again as the Library continued to expand and grow, it became clear that a new location would become necessary.  On October 30, 1971 a groundbreaking was held for the building of a new 10,000 square-foot facility at the Library’s current location of 8611 W. 103rd Street.  This new Library was built at no expense to the community because of careful financial planning by the Board of Trustees.

The new building, being planned as a temporary one, underwent its first remodel in 1975.  In order to secure funding for this project, the Library asked local residents for a bond referendum to completely fund the $1.75 million price tag of the proposed project.  The residents overwhelmingly rejected the referendum with a vote of 1504-222.  In response to this setback, the Board of Trustees decided to break the expansion into two different projects that would be able to address short-term needs of the Library as well as lower the amount of money needed for the immediate build.  The new smaller project was funded by a $300,000 mortgage.  Included in the project was a second-story addition to the Library, as well as remodeling existing space to create room for typewriters, micro-film and study areas.

The second half of the expansion project was completed in 1986.  This 6,000 square-foot addition included a new Children’s Library area, a dedicated Storytime/Meeting room, as well as an enlarged adult reading room.  To finance this project, the Board of Trustees approved a $500,000 loan from Orland State Bank.  Additional funds were also provided by a State Public Library Construction Grant through the Illinois State Library.  As in the past, these upgrades were completed with no cost to the community.

After 20 years of continued service from the Library, growth was again necessary.  Because of a greater need for funding than available, the Library considered different options, including building a new location, as well as reducing hours and cuts to some services.  After five previous referendum attempts failed to gain enough support for a small tax increase, a new volunteer-led effort proved successful in 2004.

A groundbreaking ceremony was held on May 20, 2006.  The project included a 12,000 square-foot expansion, as well as renovations to the existing space.  Other additions included: a children’s play area, fireplace reading room, two meeting rooms on the middle level, a “Friends of the Library” bookshop, expanded parking and a new entrance and elevator for easier Library access.  A Grand Opening and Open House was held on April 5, 2008.

Because the construction project following the 2004 referendum came in under budget and because of wishes from the public, the decision was made to transform the outdated brick exterior that faces 103rd Street and other portions of the northern exterior and a rain garden was created that collects water to irrigate the Library grounds.  It was quickly determined that the best approach for this redesign would be one that showcased an environmentally friendly attitude. 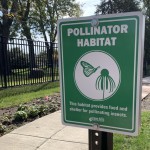 As the years went by following the 2004 referendum, the Library found itself needing to make further adjustments in order to meet the needs of the community.  In 2016, the Library added a walkway along the eastern portion of the grounds, to allow for easier access to the building from 103rd Street.  This area is also home to a native garden featuring pollinator plants.  A smaller project took place in 2017, when we made various improvements throughout the Library.  This included a modified canopy at the main entrance to provide safer exit and entry by our patrons, a new Adult Services Department, adding heating and cooling to the Screened Porch Room to allow for a more comfortable space year-round, and a new color scheme and 700-gallon fish tank for the Youth Services Department. 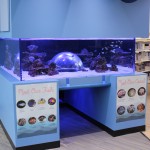 Due to excellent fiscal management, our residents are able to reap the benefits of all these improvements without any additional cost to their taxes.

The Library continues to evaluate the space we have and services offered so that we can best serve the communities of Hickory Hills and Palos Hills.

> Hours of Operation
> Our History
> Board Information
> Map and Directions
> Employment